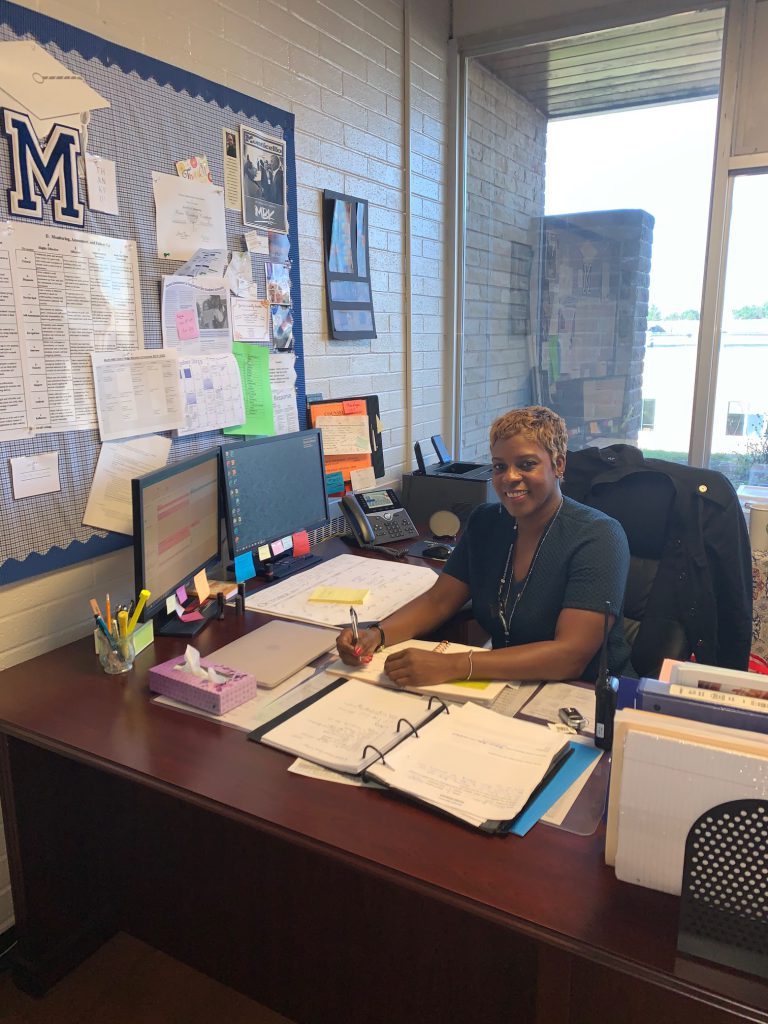 The Monticello My Brother’s Keeper (MBK) program has grown in leaps and bounds since its inception in 2017, and Rachel Blount is poised to continue to expand this integral program that has been the catalyst for a wave of positive impacts on youth of color in Monticello.

Ms. Blount, who is the Assistant Principal of Monticello High School has also taken on the role of MBK coordinator for the district’s program, which has been making tremendous strides in improving the outcomes for all students in Monticello.

The My Brother’s Keeper initiative was established in 2014 by former president Barack Obama to address the opportunity gaps faced by young men of color. In the 2016-17 fiscal year, New York State enacted the initiative into law, providing funding and opportunities for districts and communities willing to implement the initiative locally. The Monticello MBK program launched in the 2017-18 school year with a handful of after-school academic and extracurricular activities for high school-aged youth before expanding into the all-encompassing community-wide movement that it has become today.

The MBK program provides academic tutoring, mentorship, field trips, opportunities for advocacy and professional and character development. Local youth have access to a host of resources, including a music studio and digital literacy lab at the DreamTank center.

Monticello’s program has received accolades and attention from throughout New York state and beyond. In 2018, the MBK students and staff organized a state-wide symposium that was held in Ellenville and was attended by MBK chapters throughout the state, as well as a host of state leaders, including then-NYS Education Commissioner Mary Ellen Elia. Later in the same year, MBK student Noah Moreno participated in the first MBK leadership summit in California, where he had the opportunity to meet former President Barack Obama. After working with various local government and community leaders to form a local action plan, Monticello became the 25th municipality in New York to join the MBK Community Network – expanding its reach beyond the district to the greater community.

“This program was built upon an incredibly strong foundation thanks to those who came before me,” Ms. Blount said. “I want to see that this program has sustainability and that it continues to push forward in ensuring that all Monticello youth have the skills, tools and support that they need to be successful in the future.”

In her role as MBK Coordinator, Ms. Blount hopes to continue to propel the program forward, adding more opportunities for youth to develop the necessary skills for college and career preparation; including a dress for success day, book clubs featuring culturally-relevant literature, college visits and community service.

If you are interested in serving as a mentor, or connecting your organization with the MBK program, please contact Rachel Blount at RBlount@k12mcsd.net