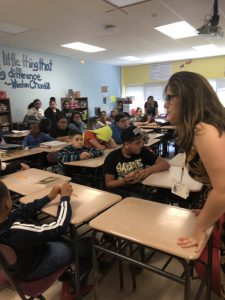 During her visit, Ms. Seminario spoke of her journey as an archaeologist — from attaining her degree  at Boston University to the many destinations around the world she has visited as part of her career, to the exciting discoveries she has made during her digs.

Students also learned about the many tools archaeologists use on the field, such as mattocks, which are large hand tools that are used to break up hard ground. They also learned about Ms. Seminario’s penchant for naming her tools and got to “meet” Travis the trowel. 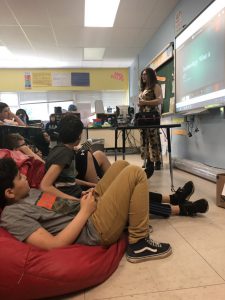 “I invited her in to entice and introduce students to a new and exciting career path that they may be interested in,” Ms. Volpe said. “She was confident and attentive to the students’ interesting questions. It was such a pleasure to see a former student of ours want to teach our current sixth-grade students about how she acquired her degree and future plans she may have to continue her education.”