The students in Don Waddell’s classes at Monticello High School do many hands-on projects. One of the most exciting is when they build and launch rockets! Yes, rockets. 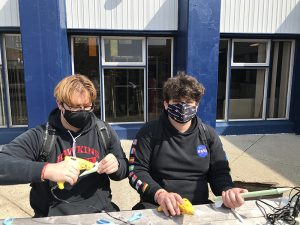 Mr. Waddell explained that the rockets are powered by Estes motors, the same concept as the rocket boosters on the space shuttles. The students’ rockets are made of cardboard tubes and paper. During the school year, the class discusses the history of space travel and building the rockets is the highlight. 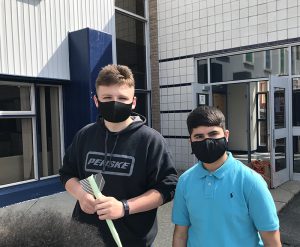 This year, it had special meaning. As Mr. Waddell explained, students have spent so much time in front of device screens this year, they haven’t had the opportunity to get out of their seats, move around much or get to work together. This project brought the students together outside, safely. There was learning and laughter and spontaneous conversation. 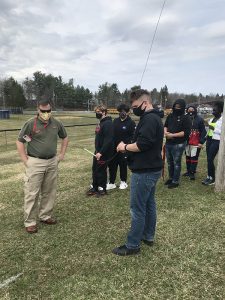 have the superior interaction of a positive face-to-face contact with other students and teachers,” said Mr. Waddell. “The most important thing that the students learned is that school can be a positive experience that is enjoyable.”