At its March 28 Board Awards Ceremony, the Monticello Central School District’s Board of Education honored the Monticello athletes and teams who earned the “Scholar Athlete” distinction from the New York State Public High School Athletic Association.

The following teams were honored as scholar athlete teams. To achieve this honor, a team must collectively maintain a grade point average of 90 percent or greater. The Monticello teams who earned this distinction are: 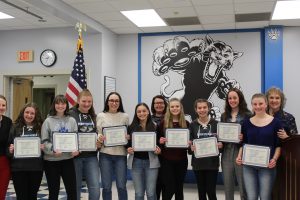 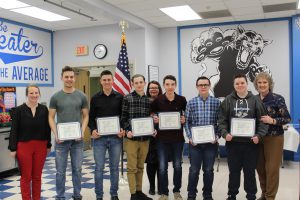 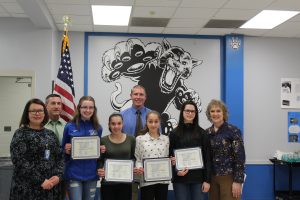 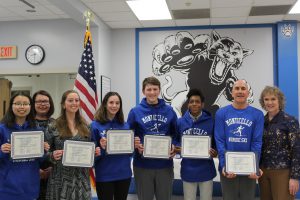 The following students have been honored by the New York State Public High School Athletic Association as “Scholar Athletes”. To achieve this honor, they must, as an individual, maintain a grade point average of 90% or greater, they will receive a certificate and a pin. The Monticello students that have achieved this distinction are: 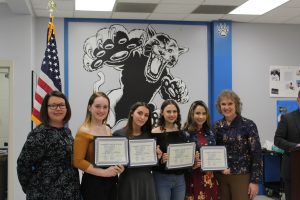 In addition to members receiving the scholar athlete distinction, the cheerleading team also had an impressive season, being division champions and state qualifiers. 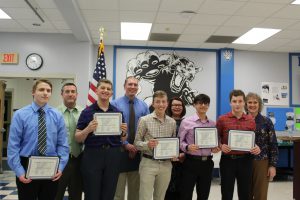 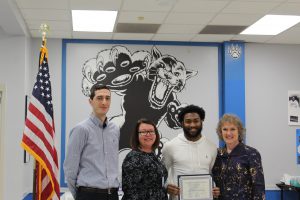 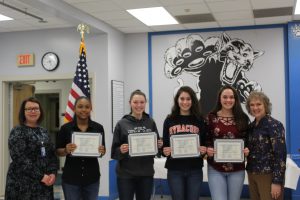 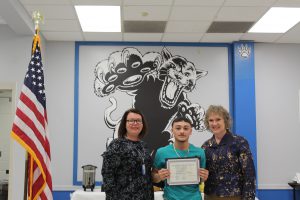 Aside from all three ski teams receiving the scholar athlete honor, Athletic Director Kurt Buddenhaggen also noted the teams’ many accomplishments over the past season, including: 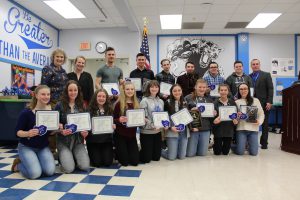