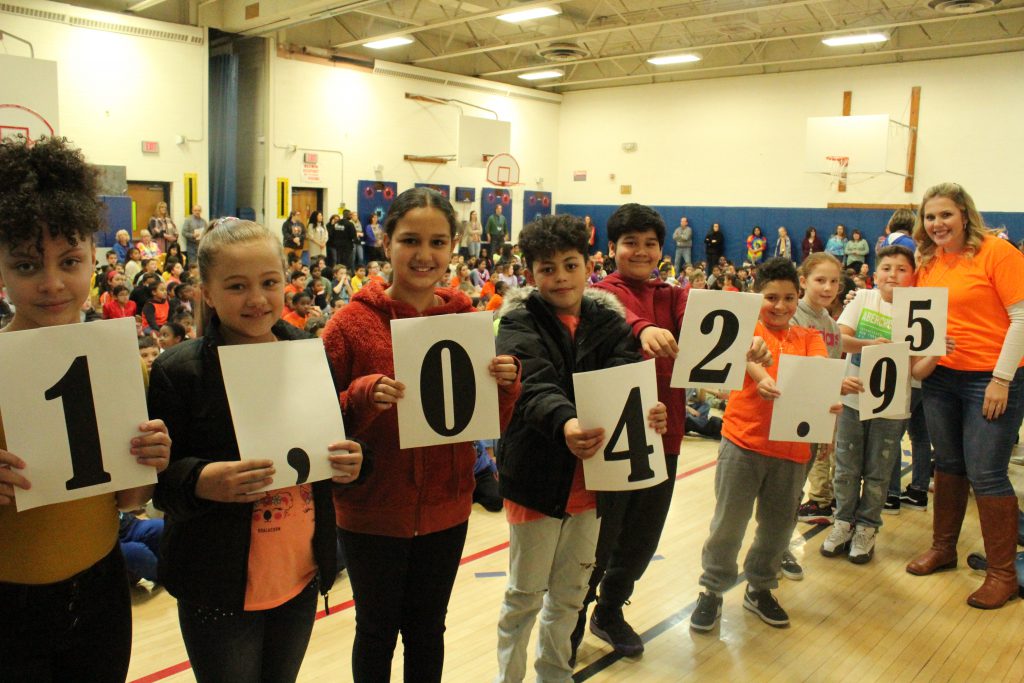 Thanks to the initiative of the students in Kelly McKean’s fourth-grade class at Kenneth L. Rutherford Elementary School, the Australian Red Cross has additional funding to help support relief efforts in the wake of the country’s devastating bush fires. 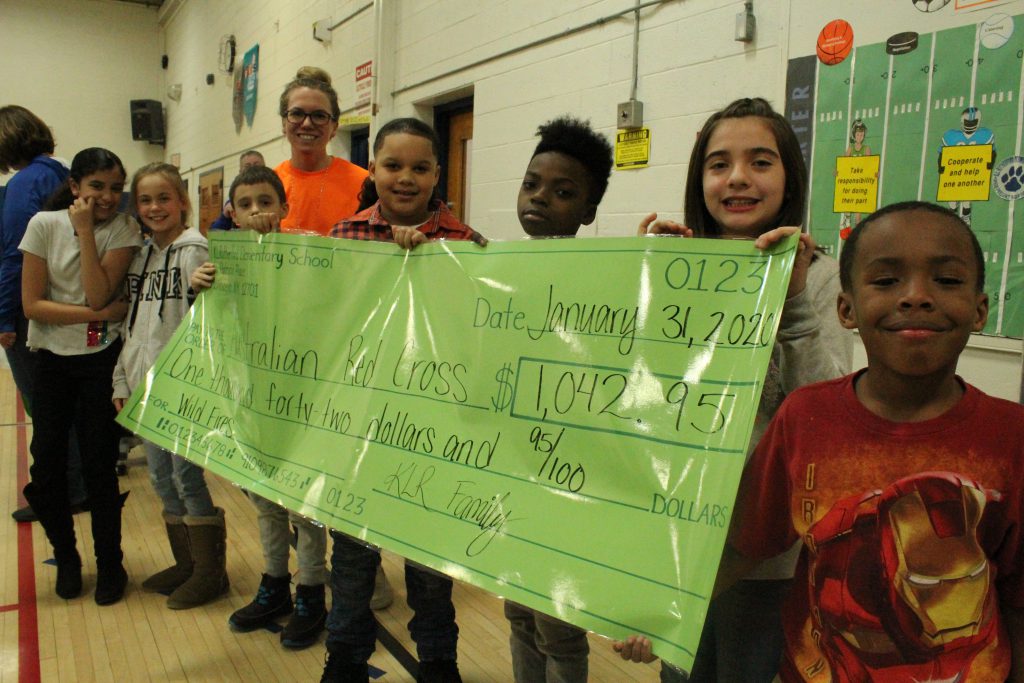 After learning about the catastrophic impact the fires have had, particularly on wildlife, the students felt compelled to help. They pitched the idea of a fundraiser to Ms. McKean, and later to Principal Michelle Knowlton, who both encouraged the students to move forward and take ownership of the project. The students collected donations from their peers, families and from the staff at KLR, before unveiling the final total during the school’s January Fun Friday event.

In front of the entire school body, eight of Ms. McKean’s students took turns unveiling a single digit or punctuation mark until their signs revealed the grand total of $1,042.95, prompting a rousing chorus of cheers from their classmates and demonstrating that all it takes is a caring heart and a determined spirit to make a difference in the world.