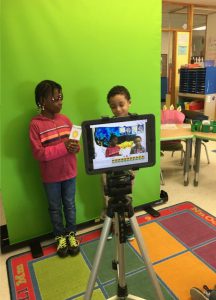 The Monticello Central School District is located in the foothills of the Catskill Mountains of New York state – a rural area that has seen a significant economic decline in the past few decades, after a drop in the tourism industry.

It is a diverse district in terms of geography and demographics, with students living on farms, on isolated mountain roads, and densely-populated urban housing complexes. Approximately 2,900 are enrolled in the district’s three elementary and two secondary schools and represent the following demographics:

District enrollment has been on the decline for nearly a decade, with many families leaving the area in search of better job opportunities and a lower cost of living. With such a large percentage of the student population facing economic hardship, and the challenges that come with living in poverty, the district strives to provide its students with a wealth of multi-disciplinary and project-based approaches to instruction in order to inspire students and improve experiences.

The Monticello Central School District promotes the use of technology through collaboration with staff developers, instructional leaders and teachers, who identify challenges and desired outcomes, and then brainstorm potential instructional technology solutions.

One such challenge was kindergarten literacy. During these collaborative sessions, the instructional technology staff sought a relevant and inspiring project that would improve literacy at the kindergarten level; specifically fluency.

Instructional Technologist Tim Mangiaracina and Kindergarten Teacher Paige Moore worked together to plan a project that would challenge students to improve their reading fluency and to self-assess their own performance, leading to student improvement through their own analysis and data collection.  The project was to create a weekly, student-led weather report and forecast, with children writing, recording and producing each video. It started with two students reading the weather in front of a green screen and then using an app on the iPad to insert a weather map behind them.

The first week, Mrs. Moore‘s kindergarten class read a short and simple script that included the day, date, the weather conditions outside and some suggestions on how to dress appropriately.  As the project unfolded, five additional kindergarten classes joined Ms. Moore’s class in the green screen project, with each classroom creating its own weather report. As the number of these reports increased, it became necessary to adjust the schedules to ensure that all students could be involved in the production. As the project expanded, students began to explore forecasting a week’s worth of weather in a single report, and began to include the weekend. At this point in the project, students had become very comfortable reading in front of the camera, and the teachers began to share the final video with the rest of the school.

Now, the weekly weather report has become a hit with the greater school and community audience. The district plans to continue weather reports through the end of this school year and continue the project into the next school year.

1.      The weather: This project began in January. With our region of New York state being disposed to severe weather, the district’s winter schedule can be unpredictable. This year was no exception with the district using many of its emergency closure days. The disruption in our school schedule impacted our routines and reporting schedule. Our reports were interrupted many times and in some cases, we were unable to report at all. The weather report was an unfortunate casualty during these days.

2.      Staff Developer’s Schedule:  Mr. Mangiaracina splits his time between multiple schools in the district and is only in the elementary schools two days per week. This presents a challenge, as the teachers hope to expand the project to daily weather reports. The teachers are currently in discussions with the technology office to find a solution to this challenge.

3.      Appropriate dress for the telecast: Teachers asked students to avoid the color green on the day that they would be presenting. Because St. Patrick’s Day fell on one of the scheduled weather report days, avoiding green became extremely tricky. When someone stood in front of a green screen with a green shirt on, his or her body parts began to float. When the children saw how their body was disappearing into the green screen, they could not contain their excitement and wonder. It was an excellent way to add to the learning experience and turned a challenge into a teachable moment.

The success of this project inspired other teachers throughout the district to brainstorm how a green screen could support areas of their curriculum.  Some of those examples include:

·          Fourth Grade- Instead of the traditional reporting methods on the solar system, teachers embraced the green screen. The teachers found a video of space exploration and created a backdrop for the students while they read aloud their report on whichever planet they had chosen.

·         Sixth Grade- Teaching the true meaning of poetry is a challenge for students. The sixth-grade teachers created lessons for poetry, simile and metaphor with green screen imagery representing the poems’ meanings. At this level, the students were creating the video, writing the words, and producing the video from behind the camera or iPad.

·         Third Grade- As part of their science curriculum, third-grade science students began to to study shrimp.  There was a shrimp tank in the room all year. The students introduced shrimp facts by swimming with the shrimp courtesy of the green screen technology. They went a little further creating an introduction piece where they jumped into the tank and then sang a song with the shrimp.

We found that all these projects really helped students build confidence as early readers. They enjoyed being recorded and then viewing themselves afterwards. They could hear how the tone of their voices sounded, whether the volume was low or high and if they were reading too slow or too fast. Being able to read these messages consisting of 3 to 5 sentences in the kindergarten classes improved their reading fluency and stamina.

When we introduced the project, we gave each child in the class a chance to read the morning message and then chose a group of two students each week who demonstrated strong reading skills to give the report. This served as an excellent motivator, as students became determined to strengthen their skills so that they would have the opportunity to read in front of the camera. Each student had many opportunities to be recorded over the duration of the project.

This project improved our student literacy skills in kindergarten through green screen technology and the reporting of the weather.  The initial goal of this project was to ask students to report the weather and use green screen to simulate an actual broadcast.  Through the project students developed self-confidence and a desire to improve their reading skills by listening and watching their telecasts.  They were able to review themselves and make improvements because of what they saw instead of what someone had told them to do.  They analyzed their performance and made adjustments, which contributed to improved reading proficiency.