You may have heard of the Brothers Grimm fairy tales, but unless you’re part of the George L. Cooke Elementary School community, chances are you’ve never heard of The Sisters Grinn: Hanselle Hood and Gretelle Locks. It’s an original play penned by Monticello alumna Noel Komatz that takes the characters from three of the most time-honored stories, Little Red Riding Hood, Goldilocks and the Three Bears, and Hansel and Gretel, and links them together in a new way to create one big fairy tale. 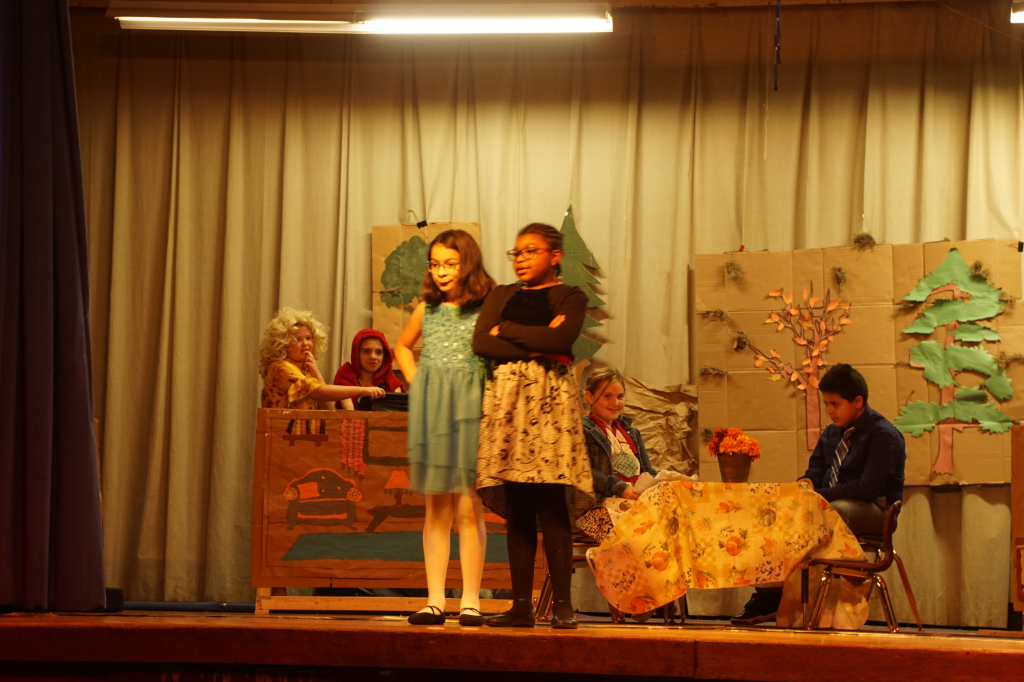 In this version, the protagonists are Jaclyn and Wilheminia (a play on the Brothers Grimm Jacob and Wilhelm). They narrate the “true story” of “Gretelle Locks” (Goldilocks) and her sister “Hanselle Hood’ (Little Red Riding Hood). Students in the EPIC Creative Drama Club after-school program at the Cooke school performed the play twice on Thursday, Nov. 14 after five two-hour rehearsal sessions. They performed for an audience of their third through fifth grade peers during the school day before the big family and friends show in the evening. 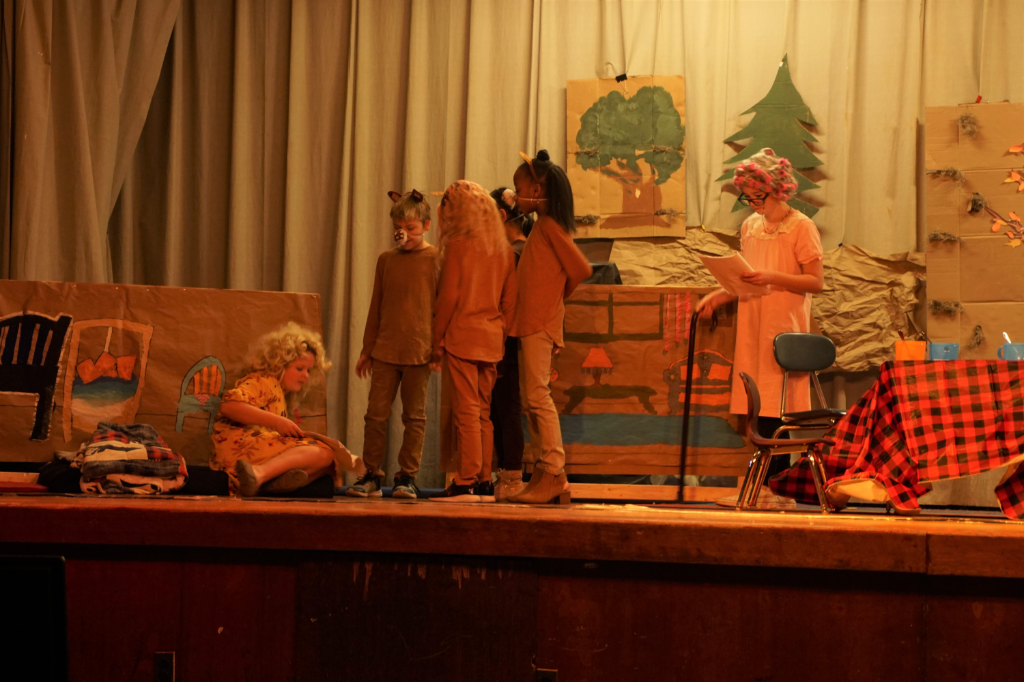 Cooke fifth-grade teachers Tara Komatz and Patricia Whipple directed the show, which was made possible with support from the Monticello’s Every Person Influences Children (EPIC) program and the Sullivan County Youth Bureau (SCYB).

“It was truly magical to witness these students performing at their best,” EPIC Coordinator Jane Sorensen said. “Hats off to the directors, as well as EPIC and SCYB for the funding to make this possible.”