Home > Archive > Christine Budinich named “Superhero Among Us” by NYSUT

The New York State United Teachers Association recently named Christine Budinich, MCSD Senior Typist as a “Super Hero Among Us” — Here’s what they had to say: 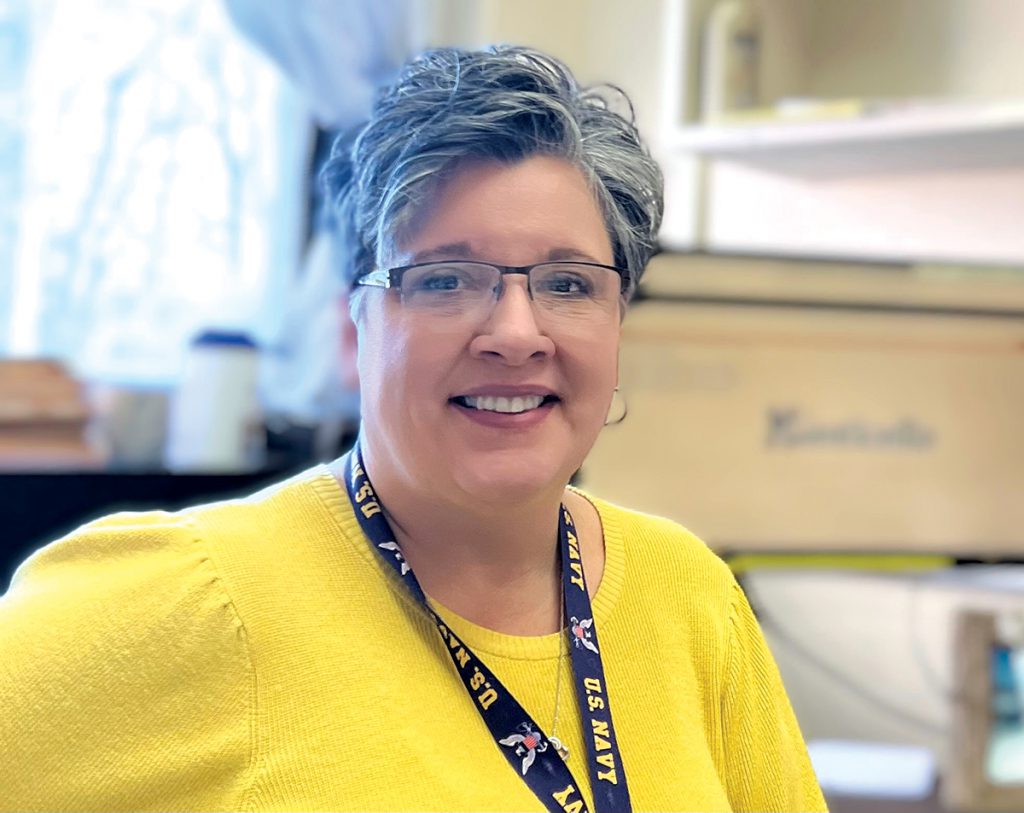 As a senior typist in the Monticello Central School District, Christine Budinich knows how to make her hands fly across the keyboard. Her hands are also skilled in hairdressing, and she uses that talent to help students in need.

Having a bad hair day takes on new meaning in the fishbowl of school. So if a student needs help, Christine has tools and products at the ready. In high school, she took hairdressing classes at Orange-Ulster BOCES and became a New York state licensed cosmetologist.

“I was a Regents student, but I knew college wasn’t for me,” she said. Later, she became a typist and a member of the Monticello Secretarial Association to have the steady income and benefits of a union job, while hairdressing on the side.

While she was a typist at the middle school, a principal asked if she could help a girl who was wearing a hoodie because of matted hair. Hoodies are not allowed in school. While the girl was initially resistant, Christine was able to fix her hair and the student finished out the school day.

Christine said her calls to action “really took off” while working in special education. Employees described themselves in a school “Get to Know Me” project, and she listed that she is a hairdresser. She’s helped kids fix haircuts they attempted on their own, and styled hair for others. She did one girl’s hair for high school graduation, an emancipated teen with a child. “That was heartwarming,” she said. All her work with students is done as a volunteer.

Honor the super heroes of our schools!