It’s can be both exciting and a little scary to be moving on to another phase in life. For the 225 incoming sixth graders at RJK Middle School, Thursday’s Camp Panther eased a little bit of that anxiety. 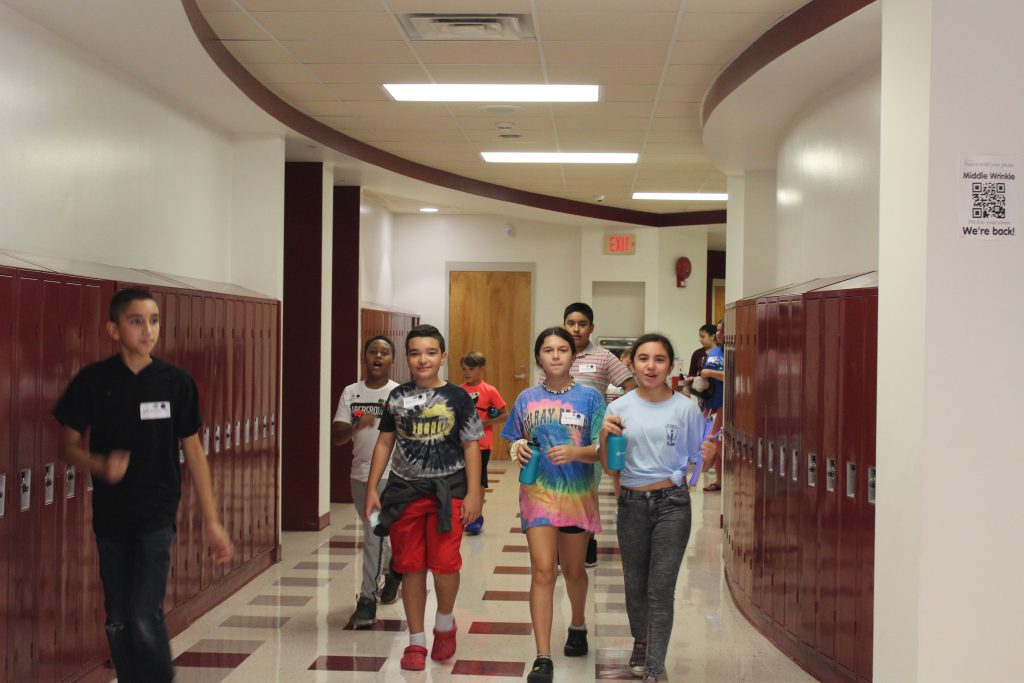 Staff and volunteers at RJK welcomed the rising sixth graders to Camp Panther, an orientation for the newcomers to show them around the building, get them familiar with their lockers and locks and to have some fun with new and old friends.

There were two sessions – one in the morning and one in the afternoon. Principal Millas welcomed each group to RJK and explained what Camp Panther was all about. They then broke into groups with student volunteers to lead them through their new school. 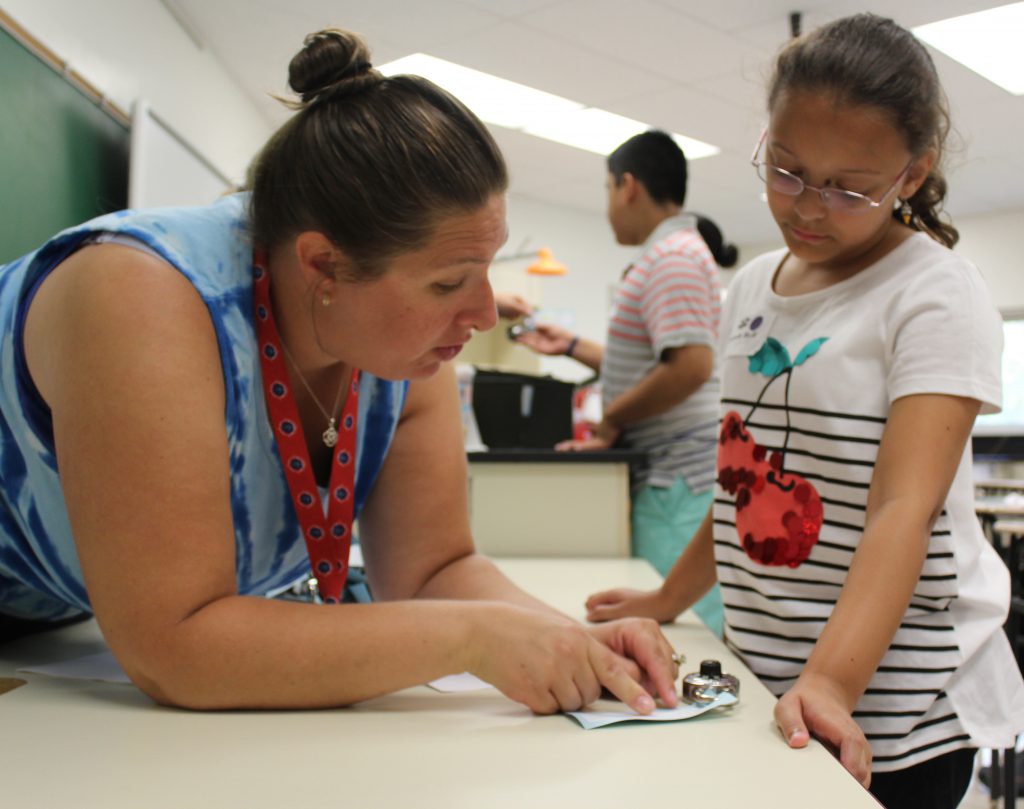 The groups received a tour of the school then went to various activities. They had fun at the scavenger hunt and participated in games in the gym.

The students also had some serious business to attend to: locks and lockers. Each student received his or her locker assignment and locker. It takes practice to open those locks, especially since they’ve never had to thus far. But they did it, with practice and perseverance. 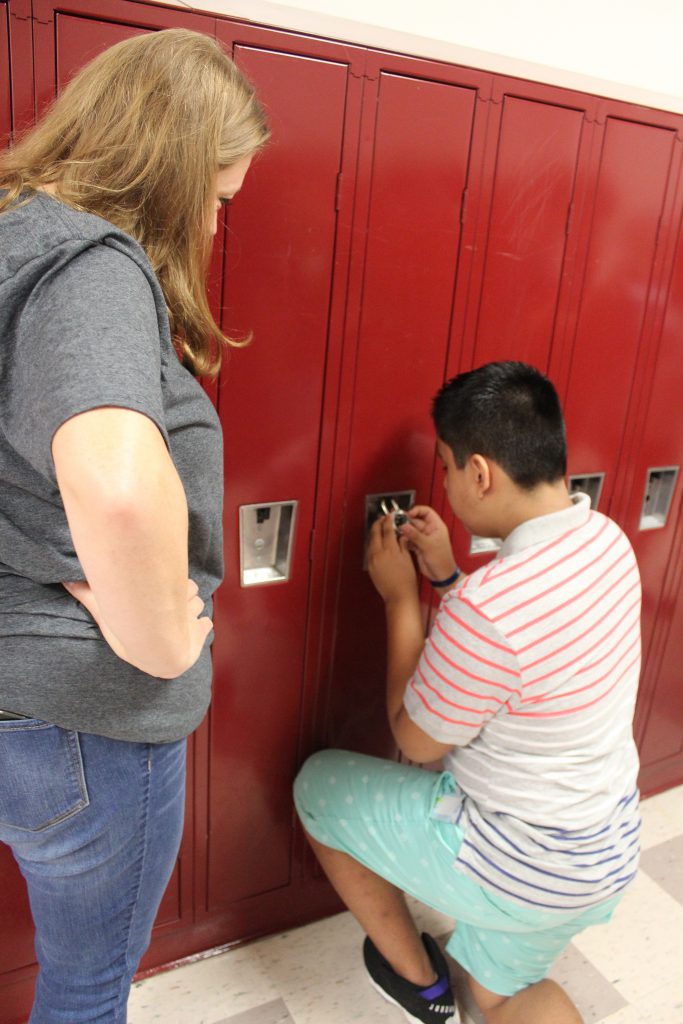 All eventually made their way back to the cafeteria where each student made his or her own Camp Panther tie-dye t-shirt. And they had a lot of fun doing it.

The shirts are 100 percent cotton and adult size, but the students were assured they would shrink. The important part is to take care of the shirts because they will be wearing them on a special day when they are in eighth grade. 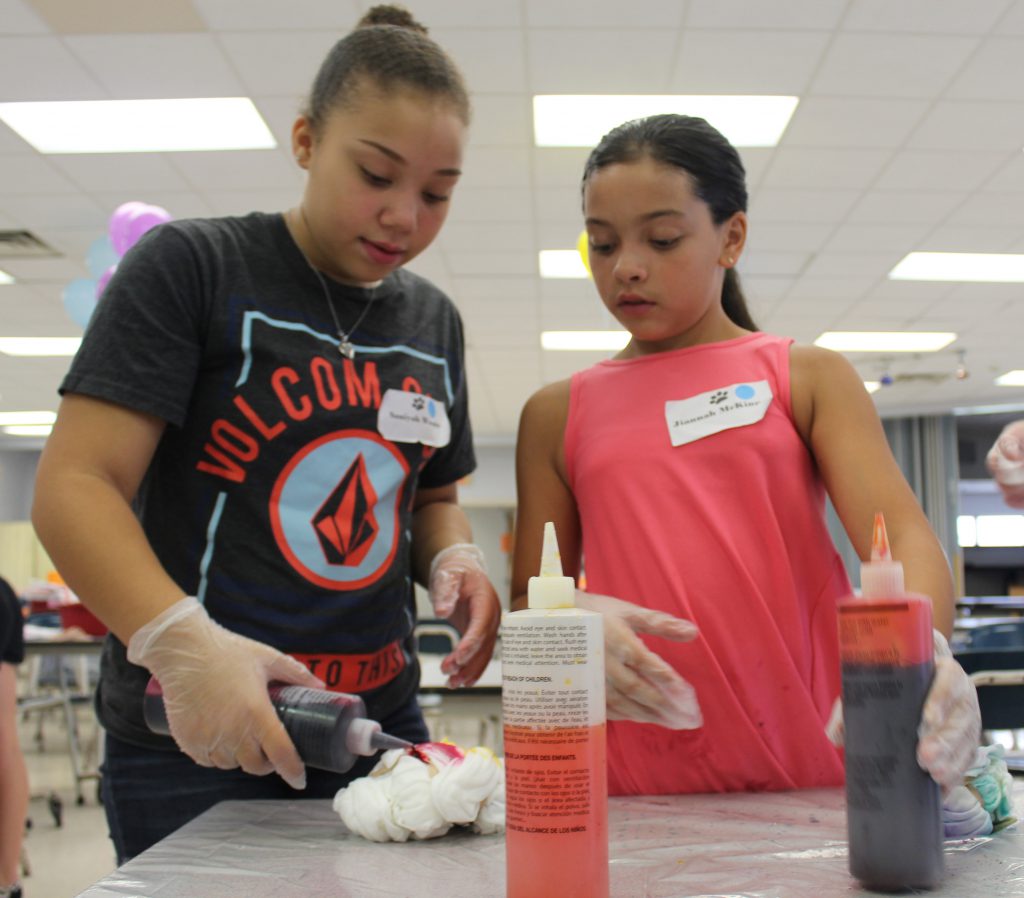 Janiah, Saniyah, Meaghan and Kamila were sitting together at a table after making their tie-dye shirts. The girls came from all three elementary schools. Some had met each other recently and others ad known each other for a long time. They said they are looking forward to starting RJK but were understandably a little nervous. What were their concerns? 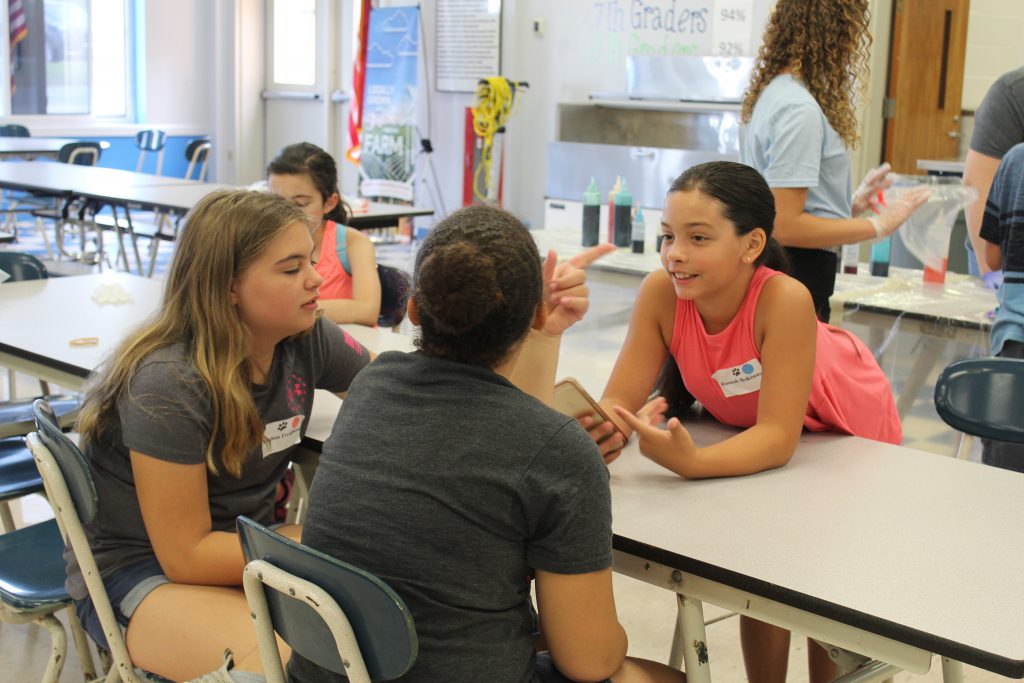 Changing classes for one thing. “We only have three minutes to change classes,” said Janiah.

Plus the work will get harder, they agreed. They’re not used to stairs in their school nor having a locker. But they had already practiced with their locks and were pretty confident they would do just fine.

One really good change for Saniyah, who is coming from Chase – having a cafeteria!

Good luck to our sixth-grade students and all Monticello Panthers as they begin this new school year.