During the week of November 11, 2021, Ms. Dutcher and Miss D’Agata’s first-grade class, at the George L. Cooke Elementary School in Monticello, learned all about veterans and Veteran’s Day. The students had the opportunity to meet several veterans and ask them questions such as “Why did they become a soldier?”, “What was it like to be a soldier?”, and “How did they stay in contact with their families when they were deployed?”. Two of the veterans that visited were Retired U.S. Army Sergeant Michael Epstein (A co 7/6 inf, 3rd Bde, 1st Armored Division) and Retired U.S. Marine Corps Sergeant Joseph Kavanaugh (E-6).

Here is a picture of our USA Flag bulletin board that the students helped to measure and create. 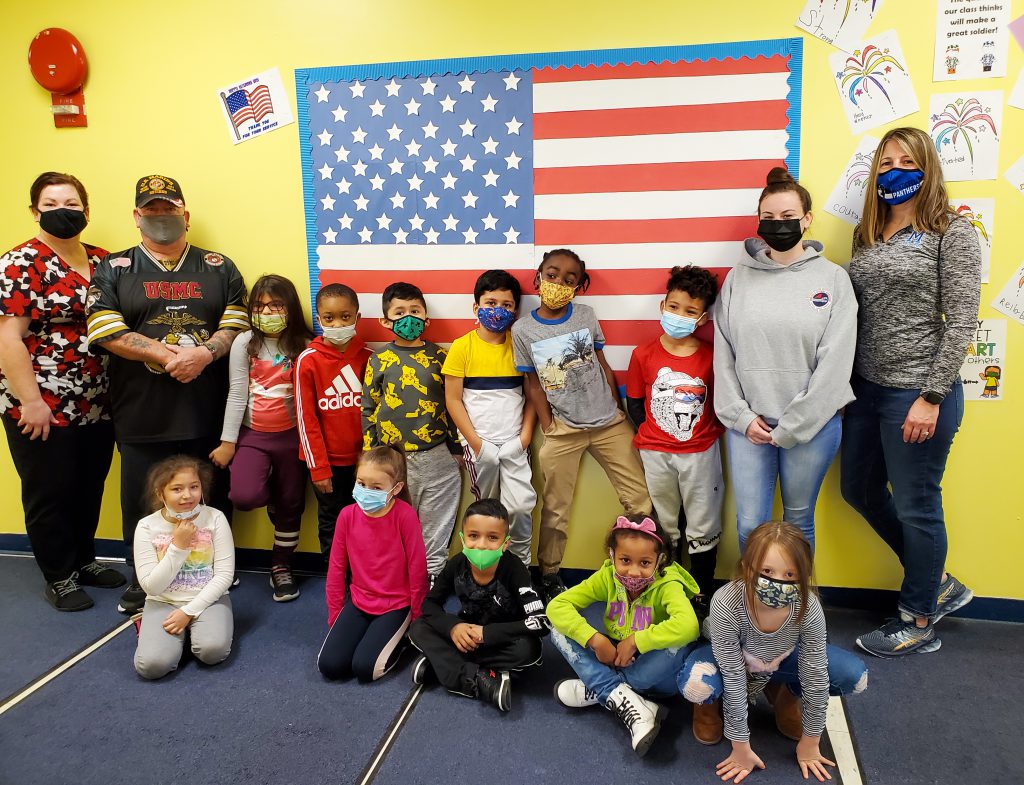