The Monticello Central School District will honor four of its distinguished graduates at the Hall of Distinction ceremony, which will be held on Friday, Nov. 1, 2019, at noon.

The ceremony is open to the public and will be held at the Arnold Packer Hughs Auditorium at Monticello High School.

Later that evening, from 7 to 9 p.m., there will be a dessert reception to honor the inductees at Bernie’s Holiday Restaurant in Rock Hill. The public is also invited to attend the reception. 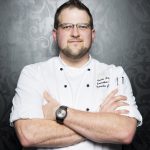 Chef Travis Brust discovered his passion for cooking as a teenager when the then-pot washer stepped in for an ailing appetizer cook at a fine dining restaurant. A culinary career was launched. Brust was one of the first four chefs to complete and pass the Pro Chef Level One exam at the Culinary Institute of America. Since then, this award-winning chef has apprenticed and interned in nearly every position in the kitchen. He has earned the Presidents Award and Chef of the Year Award from the Virginia Chefs Association, and the Grand Award at the World Chefs Challenge. Chef Brust is currently responsible for the culinary and restaurant operations of the Williamsburg Inn, Williamsburg, VA. He is most proud of the success of culinary students he has mentored. 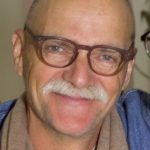 Patrick H. Dollard, president and CEO of The Center for Discovery, is regarded as one of the most disruptive and effective change agents in healthcare. He has grown The Center for Discovery from 30 to more than 1,700 employees in 2019, and has had an economic impact on New York State of more than $1 billion over the past seven years. Internationally recognized for developing innovative new models of care, he has pioneered the development of the world’s most environmentally sustainable healthcare facilities and programs, including the first LEED-certified healthcare facility in the United States. Mr. Dollard is also the co-author of the award-winning book, Feeding the Heart, with Chef Cesare Casella. 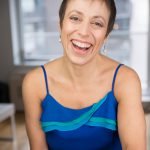 A “triple threat” dancer, singer and actor, Lori has devoted her life to sharing her love of dance with students all over the world.  She has toured both home and abroad in West Side Story, and has performance or choreographic credits in such well-known musicals as Cabaret, A Chorus Line, 42nd Street and Evita. Lori has been on the faculty at New York University, Yale School of Drama and Marymount Manhattan College, and is the head of the dance department at Molloy/CAP 21 College in Manhattan. Lori is passionate about her career, yet remains humble about her journey from Monticello High School to international performing and choreography.  She is a living example of how following one’s dreams to a successful life can be achieved through many different paths. 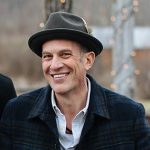 Dan Smalls is the proverbial “Local Boy Makes Good.”  Born and raised in Monticello, he was a scholar-athlete at Monticello High School and graduated co-valedictorian.  After graduating from Cornell University, Dan returned to his home community to run his family business. His true passion, though, was bringing high quality arts and entertainment to the community.  He worked for music promoters in New York and Boston, and with Bethel Woods Center for the Performing Arts. He moved to Ithaca and started Dan Smalls Presents, now ranked in the top 40 in the U.S. and top 80 in the world in yearly ticket sales, producing shows from Buffalo to Boston. Dan is committed to bringing culture and economic value to the communities he serves.