Seniors Josh Gattling, Damorn Hall-Rucker, and Alonzo Stergis along with Juniors Jordan Ruggiero and Julian Velasco were named among the top 48 players in Section IX and had the opportunity to showcase their skills on Sunday at Goshen High School in the Basketball Coaches Association of New York hoops showcase. 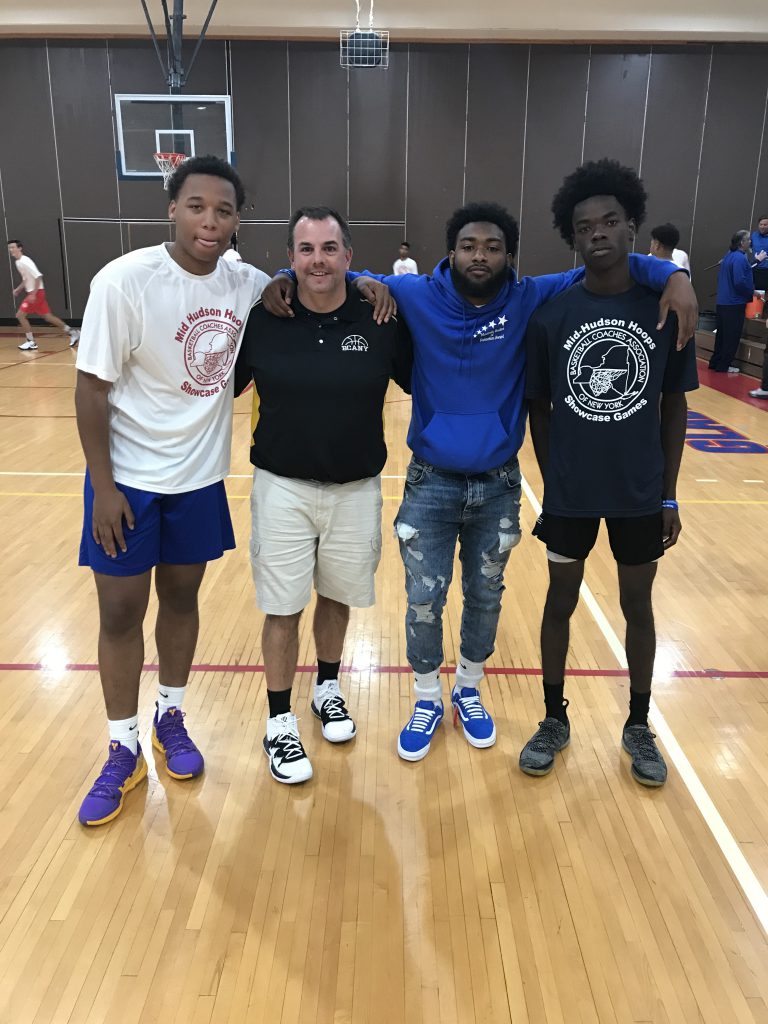 Players throughout Section IX were nominated by their coaches and then selected by a committee.  The players are divided into teams by the committee and then play an Underclassmen Game and a Class of 2020 Game. This is the third time Josh Gattling was selected to participate and the second time for Jordan Ruggiero. 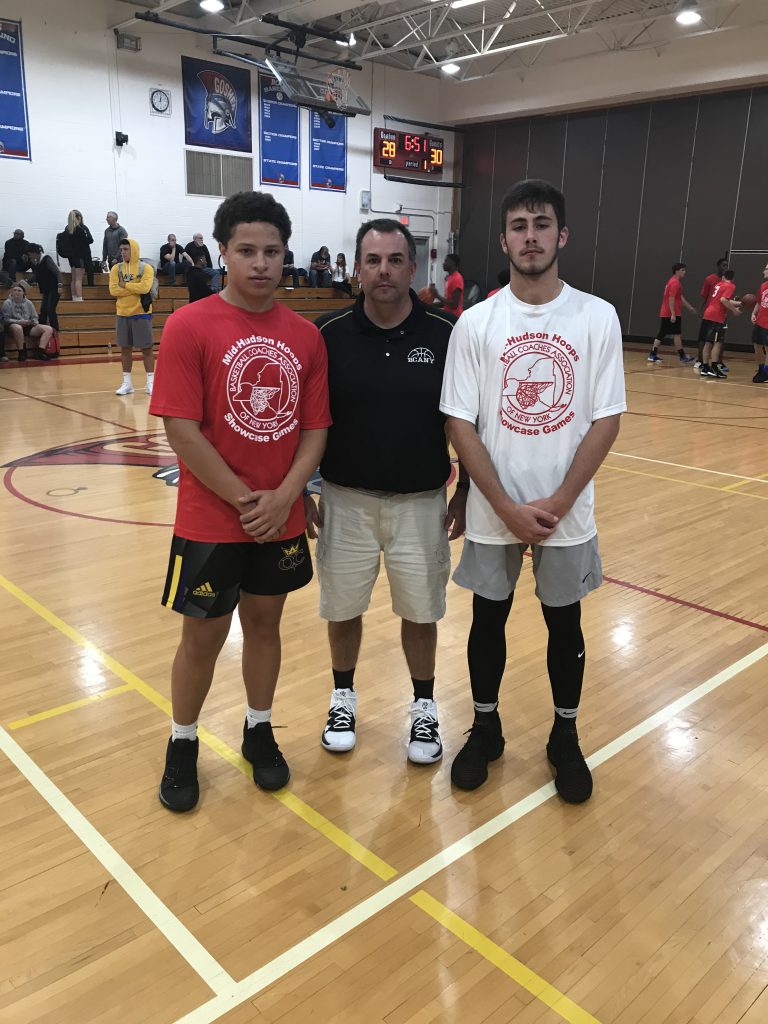 “The guys played well and had fun,” said Chris Russo, Monticello’s boys basketball coach. “I was happy that they were chosen by the committee and had the opportunity to represent our program and out school.”