In late August, the Mid-Hudson School Study Council (MHSSC) announced the 2019 recipients of the organization’s Awards for Excellence. The list of honorees included two members of the Monticello community. 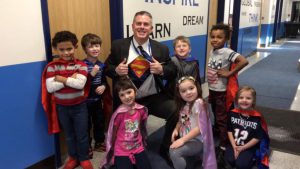 Kenneth L. Rutherford Elementary School (KLR) Assistant Principal Doug Murphy will receive an Educational Leadership Award.  A member of the Monticello team for more than two decades, Mr. Murphy has worked as a physical education teacher, director of physical education, and assistant principal at Monticello High School before taking on his current role as assistant principal at KLR. In that time, has touched the lives of many students and staff members throughout the district through his enthusiastic, compassionate and creative approach to education and leadership. 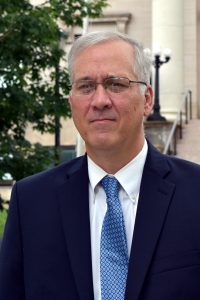 Sullivan County District Attorney Jim Farrell will receive an Award for Excellence in Community Service for his efforts to create a safer and more stable community for the families of Monticello through initiatives such as the Family Violence Response Team, and the Sullivan Country Drug Court. While these initiatives help address crime on a broad scale, Mr. Farrell also helps encourage positive outcomes for the youth of Monticello by working with the district as a guest speaker at school and community functions to help sway students away from destructive decisions and to help build relationships between residents and members of the local government and law enforcement teams.

Mr. Farrell and Mr. Murphy will be honored at the MHSSC’s annual awards banquet on Oct. 17 at Anthony’s Pier 9 in New Windsor.

“On behalf of the entire district, I congratulate these two remarkable individuals,” Acting Superintendent of Schools William Silver said. “We are fortunate to have their expertise and support at Monticello.”