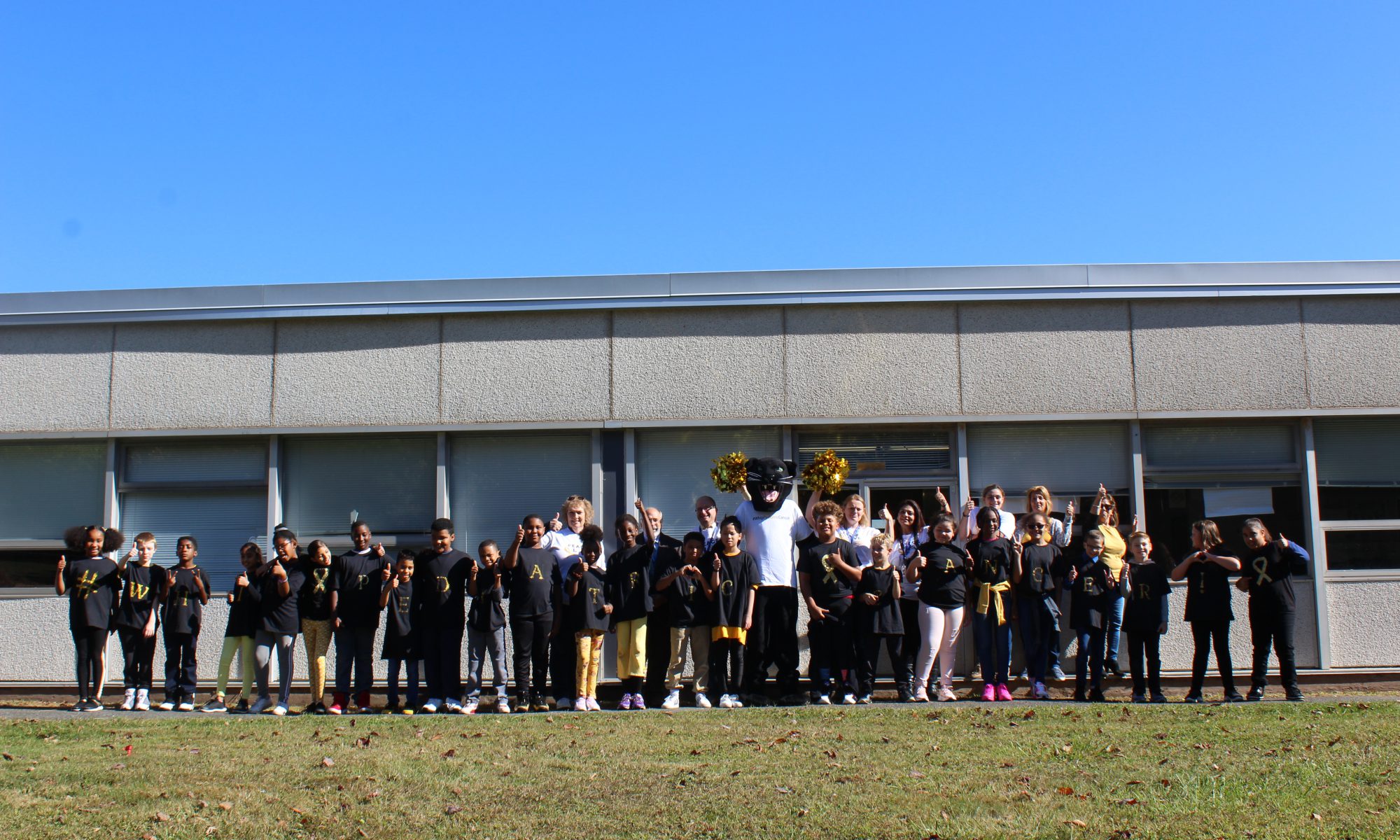 For the third year in a row, the George L. Cooke Elementary School students vowed to “whip pediatric cancer” at the school’s third-annual Whip Pediatric Cancer Assembly on Friday, Sept. 27.

In the weeks leading up to the assembly, students were encouraged to decorate a gold heart in exchange for a suggested donation of $1 per heart. All of the hearts were collected and used to create a display in the hallways to serve as a visual reminder of the fight against pediatric cancer. At the assembly, students came dressed in gold to represent pediatric cancer awareness and performed the “Whip Cancer” dance to the tune of Silento’s Whip and Nae Nae.

The fundraiser is part of the national “Heart of Gold” initiative, coordinated by the non-profit organization, Whip Pediatric Cancer. All proceeds support the organization’s mission of raising awareness of pediatric cancer, while funding research to find a cure.

So far, the Cooke School has broken its own fundraising record with a total of $720 raised in this year’s program – and the donations continue to pour in. 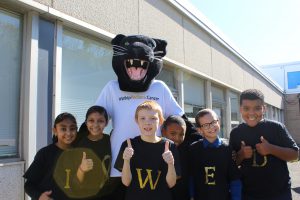 At the assembly, students spoke of their motivation for participating in the initiative. Some spoke of wanting to honor family members who battled cancer. Many spoke of Allen.

Allen Elberth is a second-grade student at the Cooke School, a pediatric cancer survivor and one of the inspirations behind the school’s participation in the Heart of Gold program. At one point in the assembly, the students began to spontaneously cheer “Allen, Allen, Allen” in support of their young friend.

“For the people who have cancer, you’re not alone,” fifth-grade student Jesvely Baires said.