Home > Archive > A lesson about Veterans Day from veterans

Monticello High School marked Veterans Day with an assembly complete with two special guests giving their first-hand accounts of being part of the military. One was a very familiar face.

Karen Collura, Monticello High School English teacher and coordinator of the Veterans Day event, invited Principal Stephen Wilder and her own husband, Joseph Collura, to speak at the event. Students also learned about Francis S. Currey, a Sullivan County resident who was a true American hero, as well as the Hudson Valley Honor Flight and the history of Veterans Day.

Mr. Wilder is a veteran of the United States Marine Corp. Sr. Chief Collura is active duty Navy with 29 years under his belt. Each had unique stories to tell.

Mr. Wilder’s years in the Marine Corp helped shape who he is as a person as well as his chosen profession. He traveled around the world doing trainings with soldiers in other countries including Lithuania, Ukraine and Norway where they did cold weather training, spending weeks out in the snow acclimating to the weather. He showed many pictures of his time in these countries with his fellow soldiers. 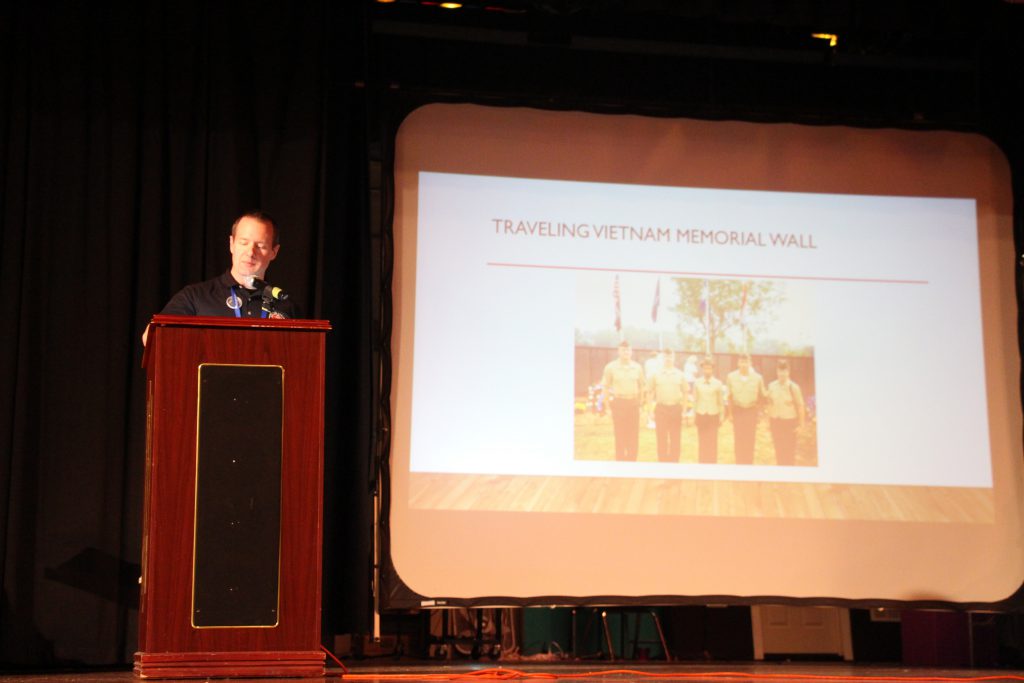 After Sept. 11, 2001, he volunteered to be part of the search and rescue team at Ground Zero, the site of the World Trade Center attack. There were no photographs.

“It was a life-changing experience,” he told his students.

“The slums had open sewers. Temperatures were between 120 and 135 degrees in June and July,” he told the students. “It rained once while I was there and the rain evaporated before it hit the ground.”

He learned how quickly buildings and lives were destroyed, telling the story of how he was part of the patrol at the local chamber of commerce building. The patrol was handed off to a group from the Italian forces. Not long after, a suicide bomber blew up the building, killing an interpreter he worked with and all the people he had worked with.

“War is not sensational,” he said. “These are real people with real impacts. Based on those experiences, I decided to go into teaching because I want to build people up.”

Sr. Chief Collura said Veterans Day is an opportunity that he and others in the military have to talk to people. We live in a fairly calm society here. In a non-calm society, such as areas where there is war, there are concerns constantly such as will the little boy over there be alive tomorrow. 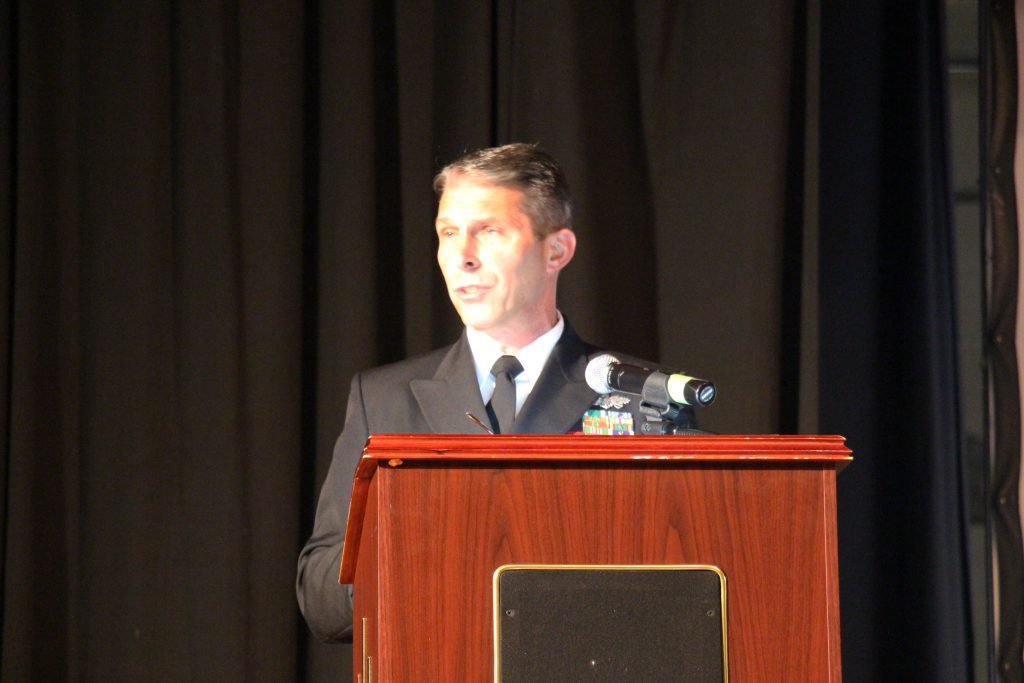 Veterans have weird experiences, he said. Depending on who they are, they’ve marched in cadence 15 miles, slept in a room with 35 others, jumped out of airplanes and sadly, attended memorial services for friends.

“Veterans Day is so very important. Not for us,” he said. “It’s extremely important for you. It’s about you getting it.” 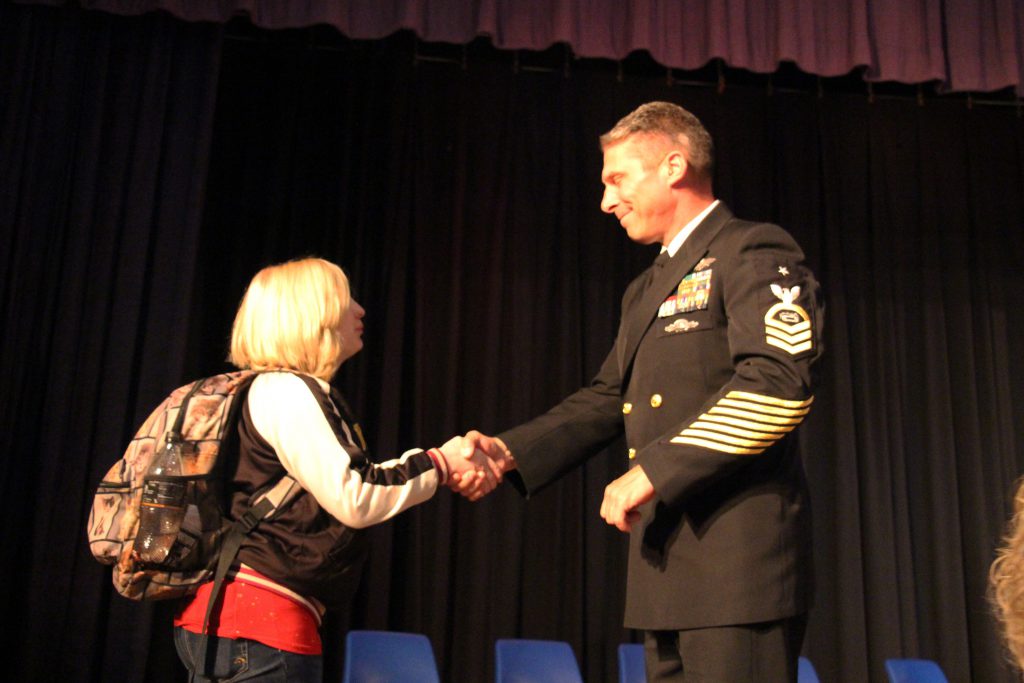