Despite the District’s closure, the Monticello My Brother’s Keeper Program’s MLK Day celebration will take place as scheduled on Tuesday, Jan. 22 from 5 – 9 p.m. at the Ted Strobele Center located at 10 Jefferson St  in Monticello

The party celebrates Dr. Martin Luther King’s legacy, and the official one-year anniversary of the launch of the My Brother’s Keeper (MBK) program in Monticello. The My Brother’s Keeper program is a nation-wide initiative designed to improve outcomes for young men of color. In Monticello, MBK students have access to a wealth of after-school academic supports, field trips, a digital literacy lab, mentorship opportunities, leadership development and more. Since the launch of Monticello’s program last year, participants have organized a state-wide symposium on the My Brother’s Keeper program that was attended by the New York State Commissioner of Education, MaryEllen Elia and have also presented at the New York State School Board Association’s annual convention and visited Washington, D.C.

The impact that this program has had on its students is clear: the inaugural MCSD MBK cohort has seen tremendous improvements in all academic and disciplinary measurements in the short year since the program launched, including a 15% increase in school attendance, a 66% increase in passing growth and a 73% reduction in violent, disruptive incidents.

Monticello’s program has received accolades and attention from throughout New York state and beyond, and due to its track record of success, is poised for significant growth. A major announcement regarding the expansion and growth of Monticello’s program will be released at the Jan. 21 event. 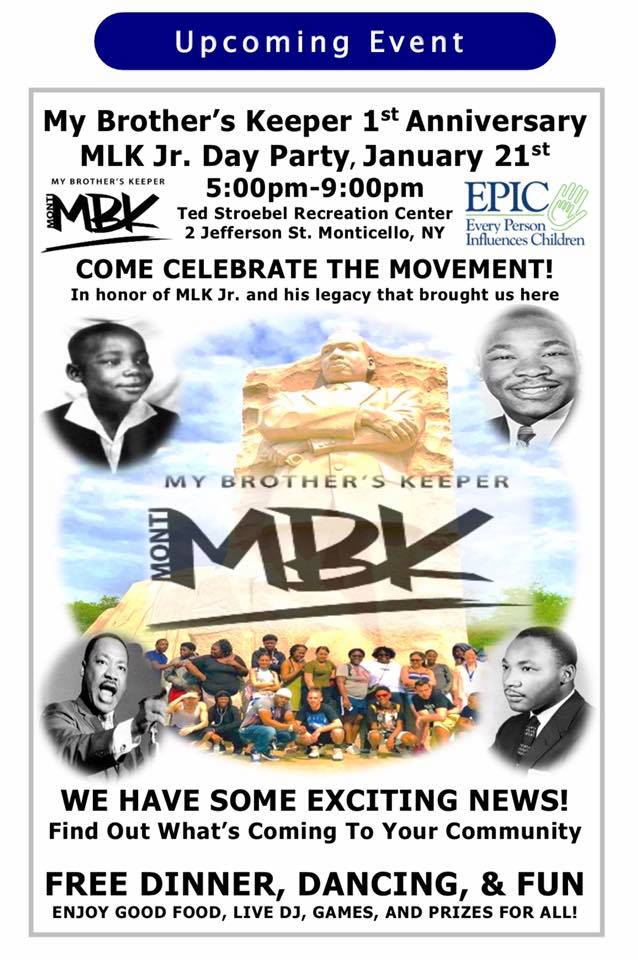